sea shepherd news The Norwegian whaling vessel Willassen Senior was sunk in the northern harbor city of Svolvaer on Thursday evening, August 30, 2007. The following is a translation of an original Norwegian News Report:

The night before Friday, the whaling vessel Willassen Senior sank in the North Norwegian harbor city of Svolvaer. No person was onboard when the 89 foot long vessel sank. It could have been sabotage.

"At this point we can't discount anything," says the police chief in Svolvaer, Jon Martin Bye, to the tv-company NRK.

Norwegian whaling vessels have many times earlier been sabotaged. In 1992, there was a failed attempt to sink the ship Nybraena, that however experienced damages of hundreds of thousands of kronor. In 1997, saboteurs failed to sink the whaling vessel MS Elin-Toril. 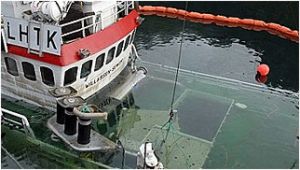 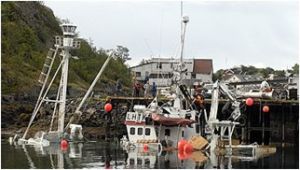 Watch video of the sunken vesssel:

The original story (in Norwegian):

Article in Norwegian with pictures and video:

WSPA-report & footage of killing with the same ship: